Escape Room Review: I'd like to solve the puzzle 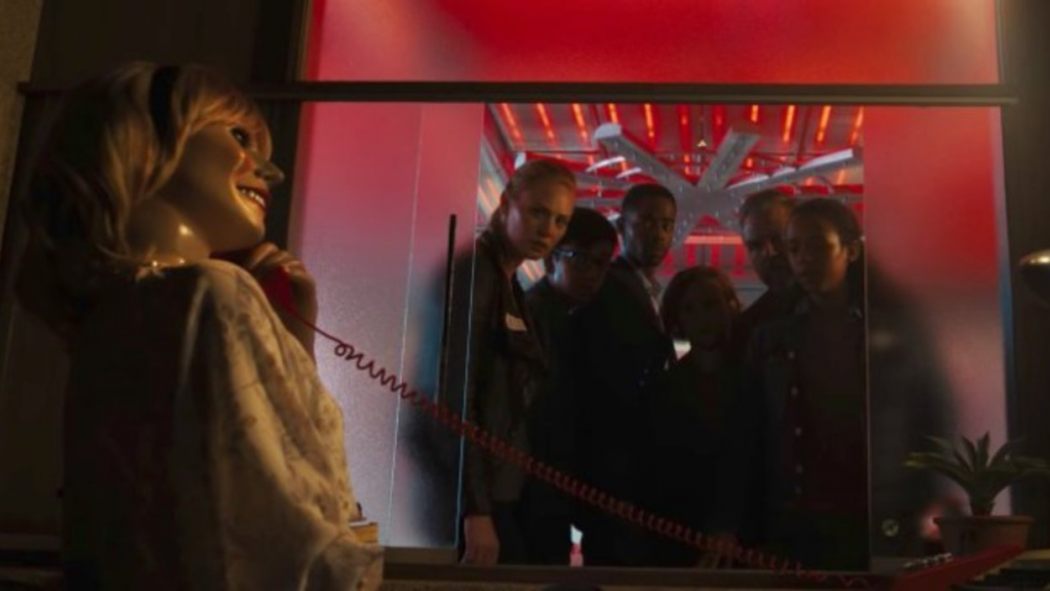 2019 kicks off with a pretty solid film.

January film releases have not been entirely honored to be the films that studios send out to die at the box office, several of the previous year's experiments that have set a chance against the tents being released on Christmas but cost enough money to make them at least Need to try and make it back by some kind of theater release. The reason for this is that the films do not have any faith in the films they push to January is often that the films themselves are not very good, and the usual signifier of this is that the studio will not even bother with a press screening, which was the case – At least where I'm based – with this week's Escape Room, The ultimate entry into the "let's take the new popular thing and make it scary" Subgenre of horror films.

But here's the thing, popular: I'm not really sure Sony decided it was the movie to give this unveiled early January slot. Certainly, it's not a big movie, but it reminds me that they wouldn't want to go to the market. Escape Room Is a pretty horror horror movie.

The premise is about straightforward as they come. Six forms get mysterious invitations to a premiere escape room with the promise of a $ 10,000 cash prize should they solve it, just for the puzzles and obstacles within the succession of rooms to be disciplined. Each of the main casts is something of a longer one with a secret past that the faceless massagers allow through the composition of these puzzles, and they must get their dislike from one another to cooperate and survive the trials of each room, even as their chances are. From individual survival, Dwindal is faced with the increasing difficulty of these challenges.

Now, as I said, Escape Room Not exactly perfect, especially at a technical level. There are some bizarre editing choices where it feels like maybe they didn't get the shots they needed, and there was a lot of unnecessary Vikaver, clearly added in post-production to settle parts of those puzzles in a way that insolves the rationale of viewers. Even just paying attention. And on the history side of things, the unifying cause for the strangers being brought together, and therefore the identity of their cousins, was quite contrived, bleeding in an overgrowth of epilogue for a hook to a sequel that shouldn't happen. Get it up. These are all annoying issues at the moment, but they are listed in individuals as moments that do not work, rather than fatal detractors from the overall experience.

And that's because, on a fundamental level, the premise is Escape Room Was just fun. The designs of the various rooms are inventive and novel, such as a waiting room that gradually transforms into a furnace; a virtual desert with a frozen lake they have to navigate for clues; a pool bar flipped upside down with a floor that drops out at times. And one that is just a visual trip that shouldn't be spoiled if you suffer from epilepsy. The puzzles themselves aren't really designed to test audio intelligence, but instead they function as conflict that causes the cast to interact with one another, and the character works on display are totally solid. The cast has been featured with some pretty big characters from television and film, including Deborah Wool, Taylor Russell, Tiller Labine, Logan Miller, Nick Dodani, and Jay Ellis, and they are the talents of selling the intensity of danger in the rooms. Whether they are scrambling not to cook alive or huddle together to prevent freezing to death.

Escape Room It is a little pleasure, but it is fun. The weaknesses in the storyline and the editing are mainly like hackups between the promotional puzzle room sets that the film sells, and most of the sequences are just as entertaining as advertised. This is not exactly Yogi-out-and-see cinema, but to assume it's junk from January release date would be a mistake.