Come from Away concerts the world's largest scream-in after backlash 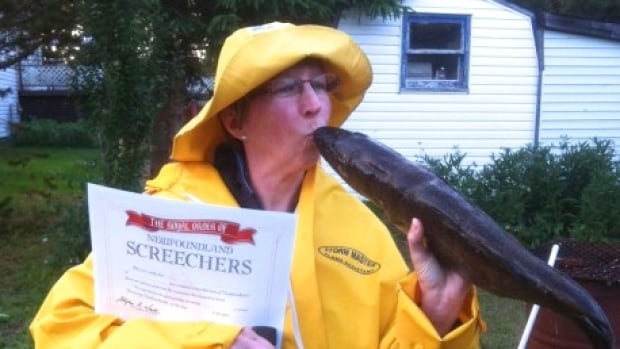 The world's biggest screencast is now a screech after some Newfoundlanders have denied a Toronto-based theater company's plan to hold the ceremony on the mainland.

Miracle Productions reported in a Friday afternoon announcement that its marketing department believed the plan to scrip in a whole. Come from Away The audience would celebrate "the unique culture of Newfoundland."

"In our enthusiasm we have taken a mishap and apologize," said the statement.

"Rightly, many people in Newfoundland took exception to a scream-in event of the actual province that created the tradition. We've heard them loud and clear and will no longer be organizing a screen-in."

A spokesperson for the company said that no one was immediately available for a Friday evening interview to discuss the decision.

Care about the place

As comments over this plan were percolated online Thursday, one of the Nephew's residents included emails with Mirvish to voice their concerns about the location of choice.

"It is ironic that non-newfounders spent years making fun of us and now they are stealing our traditions," Nicole Collins wrote. "I expect better from a company that spent so much time and money on this production."

An uncertain reply from someone at the company said Collins: "I'm sorry we've upset you and many other neighbors, which are certainly not our intention. I'm not stealing your culture, we think we're celebrating it."

The email was to determine how the "publicity event" was "designed to get more attention" for the show, claiming that more tickets were sold through the media spotlight.

"The more people who see the show, the more they will be exposed to the reasons to visit your province," said the email.

"We believe that we do not take anything away from Newfoundland and Labrador, however, we are trying to build a higher profile for your country and its culture, all of which we think can only benefit from your province."

Collins told CBC News she found the whole concept of holding a screed-in outside the province's illogical, but the company's response put her teeth on the shore.

"If only anyone doing this in Toronto without making a profit, I would still think it was stupid," Collins said.

"But they added that they are doing it at the end of a show, and that is going to attract people and they are going to make money from it, which definitely adds another layer of annoyance to it."

Collins said she would not call what happened to cultural appropriation, but despite acknowledging the tradition of "a modern one and not something that many people take seriously," she still felt the company was "stealing" an aspect of Newfoundland culture – one Always kept to welcome outsiders in the province.

Kit Vokey, whose father is widely criticized for developing a ceremony in which it is today, said: "A ski-in is just a cut-in if it occurs during its birthplace," he said.

"In my opinion, you can't be an honorary nephew if you haven't actually come to Newfoundland," said Vokey, the master writer at the Christian's Pub in St. John's.

Despite enough of it to shed his thought, the design doesn't bother everyone. Bob Hallett, a former musical consultant for Kum of Away, was the tradition in general has always been a living means of profit.

"It is a marketing ploy for the Newfoundland and Labyrinth of Liquor Corporation, there is an all-time ploy for tourism everywhere," he said.

The original plan to put the Guinness world record for ever-greatest scripts in Toronto's elite theater has now been replaced by another: Send "Four Lucky Couples" who will perform in July's performance for an official Gospel script.