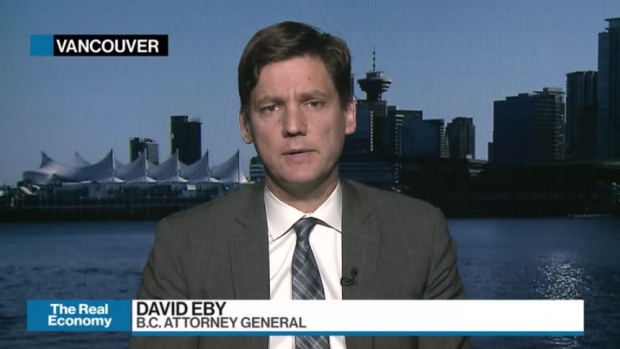 British Columbia's General Attorney David Eby has Canada needs to overhaul as money laundering is enforced, one day after the province released reports revealing a broad-reaching money-laundering problem in the country.

"We have an issue involving multiple jurisdictions: federal, urban and provincial," said Erbi in an interview with BNN Bloomberg's Andre Belle on Friday, adding that banks and lawyers are also involved in suspicious real estate transactions.

"So, certainly, there are many different sectors that need cooperation and support from dealing with this. However, ultimately it will come down to government and enforcement."

His comments come after two reports commissioned by the BIQ. Government revealed a wide-reaching Canadian-funded money-laundering problem, with activity highest in Alberta followed by Ontario, the prairies – collectively, Saskatchewan and Manitoba.

One of the reports, led by the former B.K. Deputy Attorney General Maureen Maloney estimated that $ 7.4 billion was in the province of London in 2018, $ 5 billion of which was funded by the real estate market, which pushed home prices up to five per cent. Found that money-laundering activity is highest in Alberta, followed by Ontario, the Prairies – collectively, Saskatchewan and Manitoba – and B.C.

"These numbers are much higher, I think, as even the most cynical of people are thinking in terms of where the money comes from our real estate market," said.

There were a number of high-profile money laundering examples including a home-case that had 29 "paid off back to back" mortgages.

"There are some really unusual things happening in our real estate market [gives] We have some idea of ​​the bulk of those issues and the impact of a lack of enforcement and overtaking and data collection, "he said.

"The fact that this work was not done, and it was done with a very small team with limited resources, with public access, public-sourced data, tells you what could be done with police-level data."

BC, for its part, is tightening up on rules for disclosing real estate ownership. According to Abi, there are two bills that have been submitted to the provincial legislature that aims to remove the actual business and home owners.

"No longer own a home with a numbered company and a lawyer [as] The only director of the company, "he said.

"We will know the real owners of every home. And if false declarations are made, the penalties are quite serious.

With files from the Canadian press