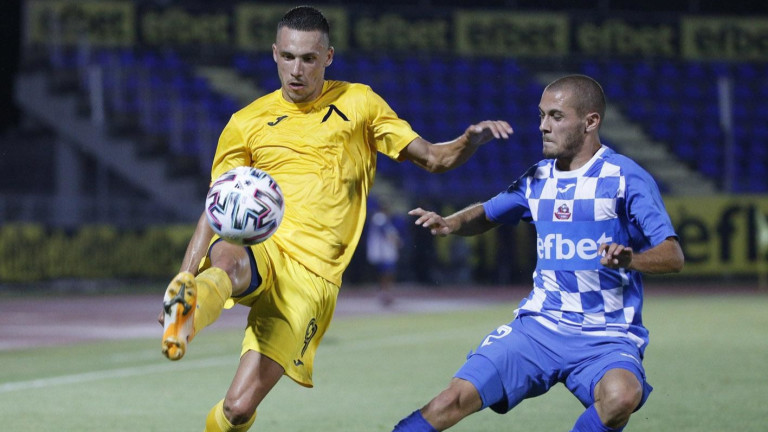 The transfer of Stanislav Ivanov to Chicago Fire is a matter of hours. About this TOPSPORT Already informs. The former youth national of Bulgaria has agreed with the MLS team. If he is not sold now, he will join Hristo Stoichkov’s former team this summer as a free agent.

Levsky has already rejected an offer from the Americans, but they insist on having Ivanov in their squad at the beginning of the season. This is the wish of coach Rafael Vicki.

Because of this, Gerena has received a new offer from Chicago Fire for Stanislav Ivanov. The amount is about 300,000 euros, which is not small for a footballer who will be a free agent in six months. The bosses of the “Blues” are expected to accept the offer, because otherwise the wing will leave as a free agent in the summer. According to our information, the contract could be considered as safe, and in the coming days all the details will be cleared.

A number of famous American sites are also informing about the upcoming transfer.

In early October, Stasi dropped out of favor after refusing to relocate to Erezberge, Germany. He was then not included in the team group. There is a possibility that Ivanov will be available to coach Slavisa Stojanovic for the matches until the end of the year, after which he will go overseas.

Levski may perform an outgoing crossing in a few days

The Blues received an offer for Stanislav Ivanov