Dara Ekimova for Dir.bg: The problem is not in social networks, but overcoming them 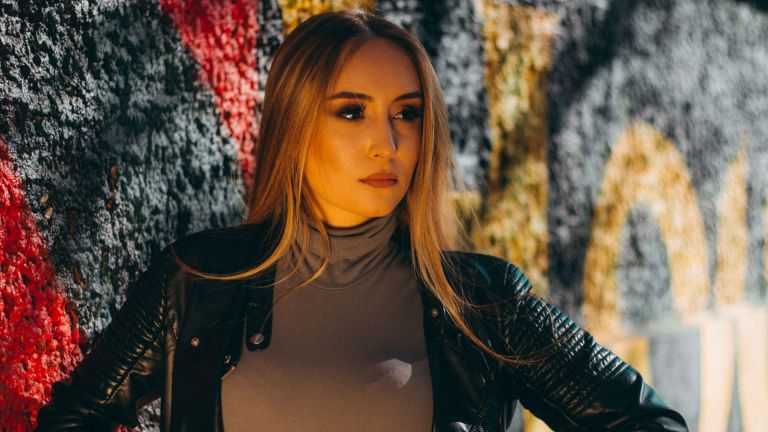 16-year-old Dari Ekimova is the daughter of Dimitar Eikimov-Dimmi, founder of the SEGG group, and press expert Eva Ekimova. Since 3 years, he has been involved in music as part of Bon Bon. The young singer was educated in 31 Ivan Vazov. She sees her future in music and thinks you express her and shows her the best. Her first song "Are you crazy?" Included in the favorite teen band soundtrack – "12 a". In tandem with Djane Monique, he made contemporary arrangements for Silen's fever on Slang, Donny and Momchil's immediate Wings, and Maria Neikova's "Whether They Walk Two". There are more hits, the last one of the singer "Try it Out" came out a week ago. Here's why Dara Ekimova tells Dir.bg:

Hello, Dara. How and where did the spring holidays go?

I spent the holidays super. I'm in a wonderful Bulgarian town and then in Sofia with my closest people.

How did you get the idea of ​​making a duet record with your father on his hit "My World"?

I always dreamed of singing with my dad, and thanks to a great team we managed to realize the dream. It is spontaneous and very emotional.

What is the sense of hearing and seeing the finished product?

When I heard the two voices mixed up, I laughed because I hadn't even imagined it so far. And in the pictures of the video, I was very excited.

Just two months later he released "Try It Out" for the language of hatred among the youth. Why did you decide to make a song for the oath?

It's not just a song. Try It Is A Project Created With A Lot Of Love And Work. Everything that's been told in trying is everything that happens in real life and on social networks. It's good, it's bad, it's important to love yourself. When we love ourselves, we love others.

How long did the text write?

For a few days.

Did you experience bullying at school? Have you been a victim or a smart person?

I would not say I was the victim of bullying at school. But I've been harassed on the Internet. Like many other people, I guess. I'm glad I have the opportunity to talk about it.

In short, the dependence on young people is on social networks. Even Pope Francis himself, who visits Bulgaria during the holidays, often speaks of the loss of communication. For children who welcome him to the phones for the Sofmore, not with the excellent hand. You are 16. What do you think about the case and would you propose a solution?

A sign of common sense is the adaptation to change. We live in such a time. It has both pros and cons, but everything must be in the limits of normal. The problem is not that social networks exist but that we should not overdo them.

In Bulgaria, it's not hard to break, but it's not as easy to keep. "Try it," "My world," last September released "God is a woman x foreign smiles" … how do you manage to produce new songs so often?

When you have the desire to do what you really love, work for it. If there is a message in which you sing, it will always remain.

"God Is A Woman X Foreign Smiles" has over 2,000,000 YouTube views. The combination of these pieces of Ariana Grande and Tu is a pretty good idea. How did you think?

The combination was super spontaneous. Ariana Grande is my favorite artist. A "foreign smile" is a song that can't help you move. That's what happened. I didn't expect to have 2 million people at all. I did it because this is how I felt it.

What are the comments of the audience at Slang by Dara Ekimova and what are the dates of your concerts?

The people who came to the first concert loaded me with a unique energy. They are positive and they sang with me all the time. I'm happy to have the chance to sing Dad's songs to people who really love him and work with them. I can't wait for the next date, May 31st in Sofia's live club, at 9pm. It will also be a special guest artist – JJ and Kali, who will all see a new amplitude.

Unfortunately, I don't like sports, but I hope this summer will have more time for sports.

How do you like spending the summer vacation and what has made your design for the next one?

For the upcoming vacation, I planned many new projects, lots of work and participation.

Do you have a friend?

I have more than one friend.