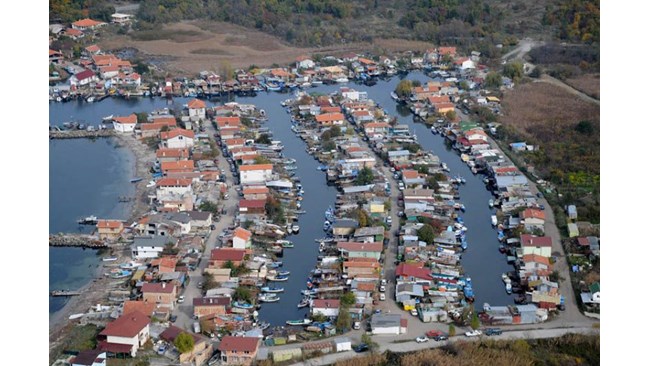 In the fishing village you can eat fresh fish, walk along the canals or walk to the beach

Where in Burgas, in one place, will people be able to eat delicious fish soup, take a boat trip, hear a fishing joke and learn from the old sea wolves how to knit nets?

Naturally, on the Chengene scaffolding – 15 km south of the city.

The fishing village is often visited by locals, but tourists know about it despite its unique features – picturesque canals, far from the noisy city, the neighboring park Rosenets with beaches and many places for entertainment and picnics.

All this makes it a kind of island of tranquility and romance, known until now mainly the citizens of Burgas, who do not miss in good weather to go there.

It’s over with the caps

In Black Sea
Which can satisfy even the most demanding palate. From this summer, the village becomes a tourist route and an ethnographic center for mass visits will be opened for it. Everything is a project of the Municipality and the Local Fisheries Initiative Group, funded by European funds under the Maritime Affairs and Fisheries Program.

The idea is to preserve and promote the identity of Chengene scaffolding, where there are the most registered fishermen in Bulgaria. Simultaneously, two additional projects are implemented under the “Growing Regions” and “Maritime Affairs and Fisheries” operational programs, which should improve the living environment of its inhabitants with a new port, boat dock, streets and new lighting, without compromising the Genuine. Appearance of the settlement.

After years of overcoming administrative and legal cases for its status, it is on the verge of becoming a sustainable tourist destination without analogue in our country.

The most important part for its popularization is the ethnographic complex, which has been under construction since the fall. 3 small wooden buildings of 30 square meters will be built each with exposition functions. They will hold permanent exhibitions and interactive installations on fishing life.

There will be a separate wooden shed for outdoor exhibitions and demonstrations. The entrance will be through an information center with a money register and among the wooden houses there will be exhibits of the fishing life.

In this regard, interpretation programs have been prepared and the recruitment of animators for their implementation has begun. To promote fishing, the historical museum and the local association “Morski Sgovor” will work in partnership for a project for knitting fishing tackles – tackles, nets and winters.

The force is inscribed in the national list of intangible heritage of the Ministry of Culture. The strategic goal for the transformation of the Chengene scaffolding is

The profile of tourism,
As from seasonal to gradually become year-round. Apart from Bulgarians, the COP will now rely on foreign tourists.

The fishing village is a kind of sea ether, which has never been on our shore in such a balance and diversity.

You can no longer reach the head with a car. To make this new tourist destination accessible in an attractive way, a sea line is planned to be opened. For this purpose, a pier was built, which will be reached by a new ship, which the municipality will put into operation next year.

It will transport tourists from Bourgas to the ethnographic village outside the route of the catamaran “St. Anastasia”, which will travel to the island of the same name.

In order for the attraction to be complete for the visitors, the fishing village will undergo a complete change in its vision. The facades of the houses and chalets will be painted in bright colors similar to the famous islands of Murano and Burano near Venice, which gather millions of tourists a year.

The idea for the coloring was born at a meeting between the fishermen and the mayor Dimitar Nikolov, who gave his blessing for the new look of Chengeneto, and the chief architect Emil Burolyanov determined the range of warm colors. The painting started in October and will gradually cover all buildings.