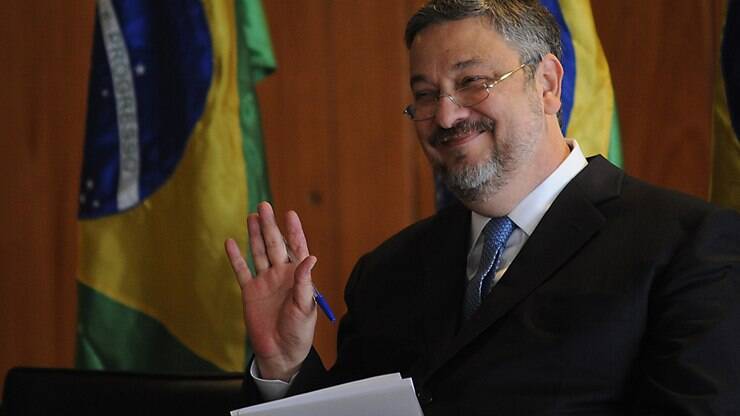 Former Finance Minister Luiz Inacio Lula da Silva, Antonio Palocci, was issued indefinitely to testify on the purchase of fighters with the French government by former President FAB. Judge Néviton Guedes, of the Federal District Court of the 1st Region, understood that the defense of Lule should be consulted before the testimony
.

Basically, Antonio Palocci
I would give testimony for the said in the statement to prosecutors in August that it was Lula
French President Nicolas Sarkozy before accepting hunting
with Saab. At the time, Brazil acquired 36 aircraft.

The acquisition of combatants for the Brazilian territorial power occurred in 2009, in the penultimate year of the PT mandate. According to the former minister, a tuition meeting took place in the same year.

"President Lula even signed a protocol with President Nicolas Sarkozy on September 7, a completely inadequate initiative. This caused all kinds of bribes," he said in a statement.

Before the reports, Judge Vallisney Oliveira, in charge of the lawsuit in which the Lula indictment in Brasilia in Operation Zelotes, decided to reopen the period of declarations and allow the testimony of Antonio Palocci.

"In contrast to other evidence, especially the opposite evidence that has been subjected to penalties to be carried out without the wrong words of clarification, Anton Palocci, the former Minister of State Treasury and the later Minister for the Civic House, must have the opposite and direct statements. cause more doubt with the effect of procedural truth, "the judge wrote in his decision.

The former Finance Minister is arrested at the controlling level of the Federal Police
in Curitiba since September 2016 and Judge Sérgio Moro has already been sentenced for 12 years in the Lava Jato operation, accused of passive corruption and money laundering in favor of Odebrecht.

In addition to the operation in the Zelotes operation, Antonio Palocci
is one of the informants in Operation Lava Jato, who is investigating the payment of a bribe from contractors between the governments of Lule and Dilme Rousseff.