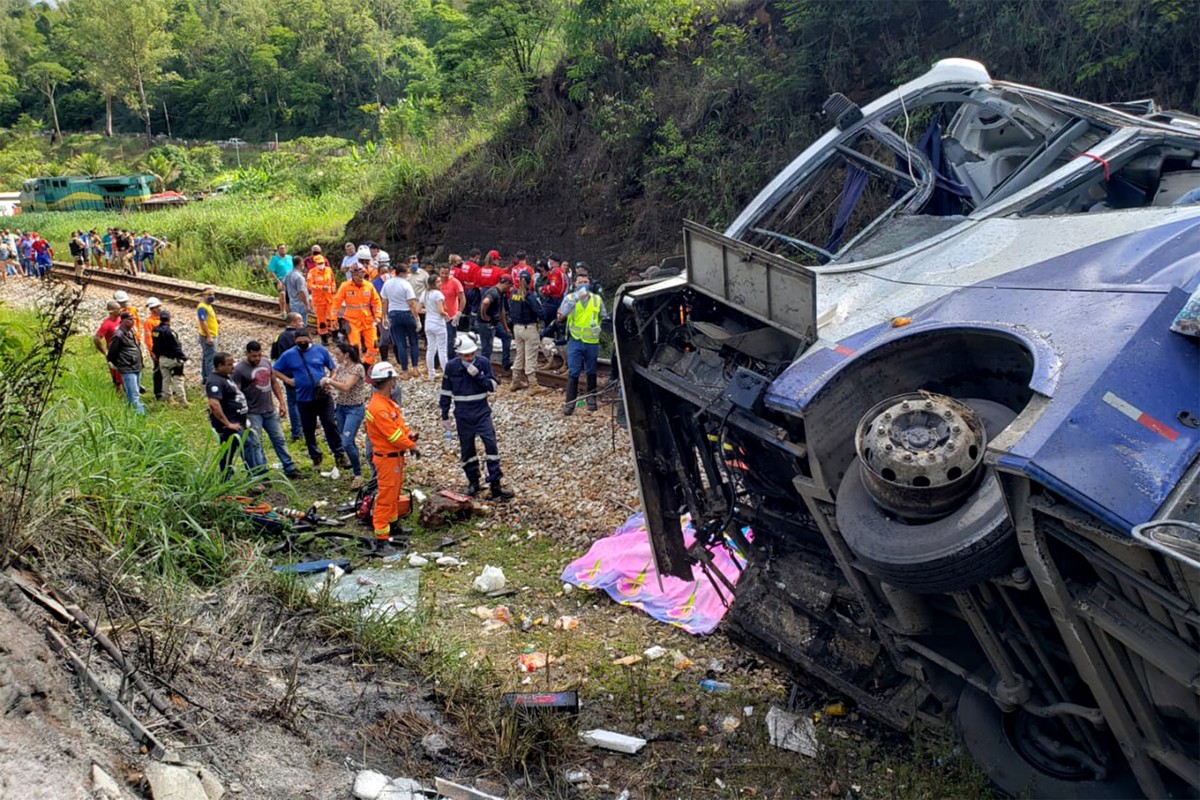 According to Hospital Margarida, the death was from Maria Luisa de Oliveira, 56, who was admitted to the Intensive Care Center (CTI). The body will be taken to the Instituto Médico Legal, Belo Horizonte.

Another victim was discharged and eight remained in João Monlevade.

Another three people are still at the João XXIII Emergency Hospital in Belo Horizonte, according to the latest medical bulletin from the health institution, released on Saturday night.

Family members of the wounded in search of information can contact the Civil Police by calling (31) 3851-2411.

The governor of Alagoas, Renan Filho (MDB), announced on Saturday (5) on social networks that an aircraft of the Brazilian Air Force (FAB) will transport the bodies of the victims. Police said people will take the bodies where the family wants.

Civil police said in the late afternoon of Saturday (5) that they were trying to identify the driver who jumped from the bus that fell from an overpass on BR-381.

The corporation said he still could not be considered a fugitive because he had not been given an arrest warrant against him, and that identification was being made with the help of witnesses.

Police said the vehicle had another driver and that he died in the accident.

Civil police have heard eight people who were on the bus continue to investigate the causes of the accident. According to the corporation, the victims were heard at the Albergue Municipality, where they are being taken after medical care.

According to the latest police report, 46 people were involved in the accident.

Five dead are yet to be identified.

In 2019 alone, there were three cases recorded by the police involving the licensed vehicle “DTD-7253”, from Mata Grande (AL), during the time of Montes Claros (MG). The infraction notices were established on February 8 (BR-135), April 18 (BR-251) and July 8 (BR-251) in operations against irregular transportation.

On the three occasions, “due to the inability of means to carry out the transport of passengers”, drivers and passengers were released to continue their journey. They paid between R $ 200 and R $ 250 for transport.

The destination, in the three cases, was the same: Sao Paulo. In none of them, according to the records of the public security system of the state Minas Gerais, permission of the competent agency was presented to perform “paid travel of an interstate nature”.

Localima Turismo has issued a note expressing remorse and grief for the victims and their families and that it should provide them with “total assistance”. The company also confirmed that the facts were being investigated and said it was entitled to support “humane, dignified, with compassion and compassion”.

ANTT reported that by 2020, by December 4, it had registered 2,490 tax estimates against illegal transportation in the country, incurring a loss of $ 13.2 million for illegal companies. In all, 1,188 vehicles were seized.

According to the agency, vehicles caught in these conditions tend to have problems such as cracked windshields, luggage and suitcases transported with passengers, bald tires and drivers without the mandatory courses to conduct public passenger transport.

Accident with buses in Joo Monlewade

Where to watch, lineups and what you can expect from the game