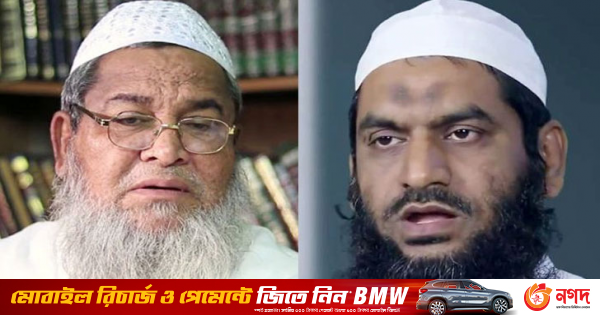 An anti-state case has been filed against Hephaze-e-Islam Bangladesh’s Amir Junaid Babungari and Khilafah Majlis leader Maulana Mamunul Hak set for criticizing and threatening the sculpture. Supreme Court counsel has applied to the Ministry of Home Affairs for permission to submit a case. Zeeshan Mahmood.

Sunday afternoon the petition was filed with the high secretary of the ministry.

Med. Zeeshan Mahmud said the government’s approval was required as a condition of awareness of charge charges under section 198 of the Criminal Procedure Code. As a result, the Interior Ministry was called.

The petition said that Maulana Mamunul Haque, the leader of the Khilafah Majlis on November 13, had strongly criticized the creation of the sculpture of father of the people Bangabandhu Sheikh Mujibur Rahman at a function in Dhaka. He warned the government that if it did not abandon its plan to build the sculpture, it would cause another incident at Shafla Chatter and abandon the sculpture. On the other hand, Amir Junaid Babungari of Hepazat-e-Islam Bangladesh said at a gathering at Hathazari Parbati High School ground in Chittagong on the evening of November 26 that if any sculpture is made, it will be dragged away. Their arrogant statements have in recent days been widely published and disseminated in various national dials and electronic media.

The petition went on to say that their followers had broken the right hand and the whole face and part of the hand under the sculpture under construction in Bangladesh’s constituency. Of Bangladesh

Bangabandhu is another name of Bangladesh, the father of the people recognized by the constitution of the government of the People’s Republic of Bangladesh. Hitting Bangabandhu’s sculpture is tantamount to a conspiracy against a state called Bangladesh. With the direct help of Maulana Mamunul Haque and Junaid Babungari, the miscreants hit the sculpture of Bangabandhu. Maulana Mamunul Hake Gangra has committed a punishable offense under Section 123A / 124A / 505 of the Penal Code because it is insulting, unacceptable to the Bangladeshi people and their arrogant statements and activities have been made with the evil intention of creating disgust and Hate to the government of Bangladesh. The lawyer mentioned in the application that he was interested in filing a case against Moulana Mamanul Hack in a fitting way as it would have been considered a crime of treason