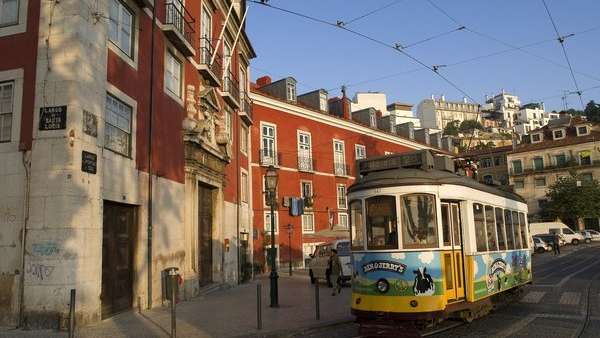 For the second consecutive year, Portugal was again chosen as "Best tourist destination in the world" In the prize World Travel Awards. The ceremony was held only during the weekend in Lisbon.

Most importantly, Argued Ana Mendes Godinho, the Secretary of State for Tourism of Portugal, is that the quantitative growth is also reflected in a qualitative level, since the volume of revenue is growing in the 2018 by 11.4%.

In 2017, the turnover of the tourism sector, which accounts for 10% of Portugal's GDP, is 15,000 million and "between January and October of this year, tourism revenues have increased in absolute terms by € 1500, He explained. .

To the premiere of "Best Tourist Destination in the World" are also positioned in other countries such as South Africa, Brazil, the United States, Greece, India, or Spain, to name a few.

Ana Mendes Godino recalled that the Governments of Portugal and Spain designed a joint program to achieve new markets and "Sell" the Iberian Peninsula as "a single destination".

In a special way, Spain and Portugal work together to promote the border area of ​​both countries under the complaint "One destination, two countries."

Porto one of the magical cities of Portugal (structure).

The Diversification is one of the keys to the success of Portugal, Thanks, above all, to the expansion of new air routes, which connect Portugal with more countries. So markets such as Canada, Brazil, China and Japan are expanding.

"Portugal provides confidence and the tourists who come to feel good," he argued, while highlighting the security that Portugal offers travelers.

The Religious tourism There is another of Portugal's bets to continue growing in the sector. In fact, they have created a platform to promote destinations such as the Fatima Shrine, which in 2017 reached 9,5 million visits, the Cinemino de Santiago or Roots by areas of great Jewish influence.

In 2018, tourism is growing in all regions of Portugal, such as Porto, Lisbon, the center area, the Alantejo, the Algarve or island destinations, found Ana Mendes Godinho.