The Russian space leader issues a decree against rubbish, an "uninspired" working relationship 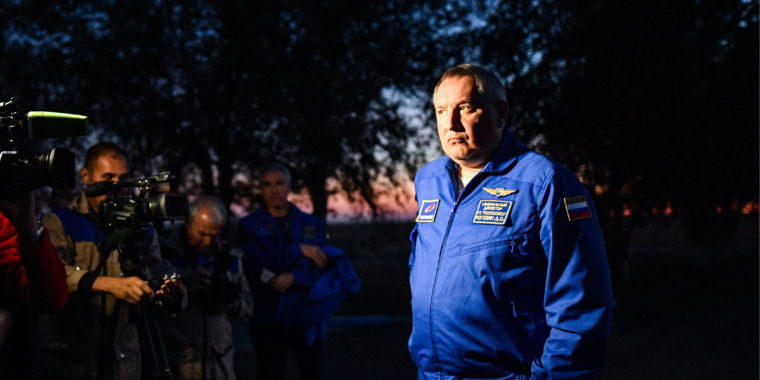 Dmitry Rogozin is not the best year. Prior to that, he essentially reduced the position of Deputy Prime Minister for Defense and Space to the city that manages the Russian space corporation Roscosmos. Since then, he has had to deal with a number of unpleasant problems in space flights, including the wrong bore of the Soyuz spacecraft and the rapid landing of another by a rocket that exploded in mid-summer.

But Rogozin is nothing, if not a fighter, and now he seems to have taken steps to address the worse situation in Roscosmos and Russian space companies that build missiles and spacecraft for the country.

The Коммерсант the newspaper received a copy of the directive issued by Rogozin to heads of companies and facilities serving Roscosmos. The purpose of the letter is that the time for companies to help root the "poor production culture and the uncertainty of the attitude of staff to their work." (This article has been translated for Ars by Robinson Mitchell, a former aeronautical aviation crime analyst for US aviation aviation.)

Most analysts attribute recent problems to the agency with the relatively low salaries paid by Russia in the aviation industry and the difficulties that led to attracting and retaining a skilled workforce, causing problems with quality control. The result is that long-reliable Russian missiles and spacecraft have become less and less reliable.

There are no cleaning agents

However, in his letter Rogozin claims that some of these problems are the result of restlessly maintained facilities. "Reasons have not been purified for many years – in many places, construction rubbish and roads have been demolished," he writes. "Employees in such companies have become accustomed to conditions such as normal, which creates a habit of poor productive culture and a reluctance to work."

The story is a very interesting story about the fact that during some visits to the airstrips, "Rogozin has been diverted from the planned paths along the social facades." Among the problems identified, according to the newspaper, there are holes in the walls and wooden roofs, with buckets on tables and floors to capture the leak of water.

Rogozin says that because of this situation, it is undesirable work in the aviation industry. Young people who are visiting companies as prospective employees, in the letter quoted, are only applying for work there if they find work anywhere else.

The Directive does not mention the issue of providing higher salaries for those prospective employees. However, he believes that Roscosmos will not pay additional funds for cleaning. He claims that there are insufficient funds for maintaining clean spaces and rubbish, "there can be no justification for such a situation," the letter reads. In addition: "With the support of all staff, it is always possible to clear objects and reasons, so they are arranged."