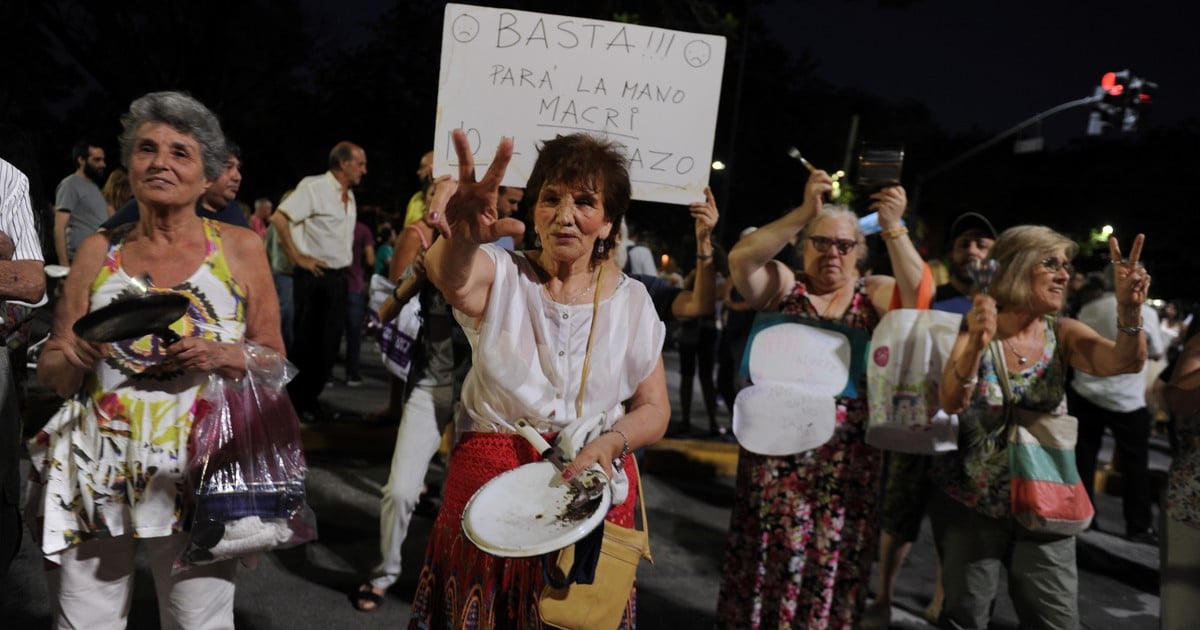 With banners that read "unpairable travels" or "Basta Makri, Fuersa Argentina", at different points from the Buenos Aires City and some of the Buenos Aires suburbs, have been shown for the second consecutive Friday to Reject this "tarifazo" Announced by Government Days ago.

Cacerolazos opposed the increase in rates in the corner of San Juan and Boedo. / Cecilia Profetico

Buenos Aires Square like Willy Crespo, Cocaine, Belgronte, Paternal, Callegial, Liniers, Patricios and Palermo, among others, joined their main tails with protesters who have been called by the activist, "National Reed Raid" Against the increase of public services. There are also concentrations in Buenos Aires municipalities such as San Isidro, Quilmes, La Plata and Morón.

There is also a demonstration in front of the Quinato de Island. (Photos Martin Bonetto)

On December 28, when the Secretary of Energy, Havier Iguacel, showed a series of increases in transport, electricity and gas, which will be applied from the first day of January to April inclusive, protests in different neighborhood Porteosos And in front of the presidential Quinta de Olivia, as it also happened last night.

After the announcement, it would be the resignation of Iguacel and his replacement by Gustavopo Lopetegi, who has been in the national cabinet.