Makry already in campaign mode: he blessed his own candidate and aimed for 70 years of celebration 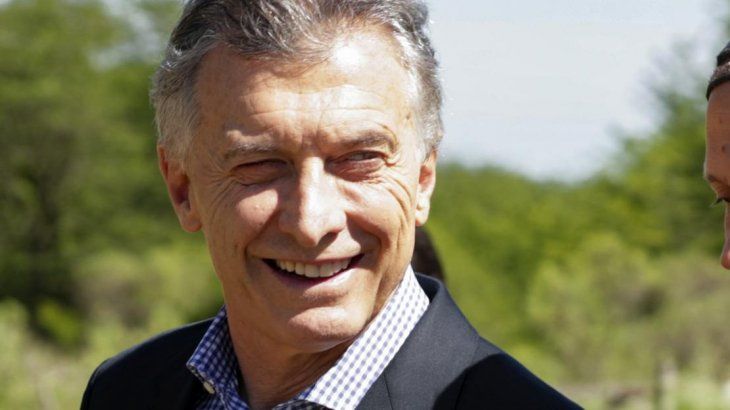 The president offered two radio interviews, claiming his transit through the Casa Rosada, highlighting his favorite political letter: the polarization with Peronism. Too, It is anticipated that there will be a candidate in the next general election in Namibia..

For now, Makri said 2018 is a "very difficult" year. However, the President emphasized that "the first time we passed the storm and did not throw everything away", but "we got the helmet, we stayed the course and we will comply."

In this context, the president said, "We grew" because "we learned and understood that seventy years of party does not come to terms", which is interpreted as a clear burden through the passage of the Peronism transit.

In statements made to radio stations in Cordoba and near by, the president stressed that his "obsession is to get Argentina back, to start growing, to lower inflation and to return to employment and reduce poverty."

Mauricio Makri is on vacation since last December 22 at Villa La Angostura, Governor General by the regionalist Omar Gutierrez, head of the popular popular Movement (MPN).

The president is to reach the first provincial election this year, the president ahead of his move to assert that the candidate for governor of change "will surely be (khorasio)" Pechi "Quiroga", the mayor of the capital .

However, true to his style, the state of the state highlighted the work in conjunction with Gutierrez, whom he will see next Monday. "We work very well side by side with Omar Gutiérrez, we are transforming Vaca Muerta with a promise to a reality," he said.

It is worth noting that in those days the president was next to the Rio Negro Alberto Vereturno Veretilnec Governorate as part of Cordillera's street pipeline in Bariloch.

Interpreting as its final year, the president said Argentina had to go through "two difficult things" such as the drought and business war that broke out between the United States and China.

Also, Macri repeated that the International Monetary Fund (IMF) opened a line of credit for Argentina "unprecedented" in international context so that "in two or three years we can finish the process of deep transformation" in the country. "Without the fund, we would be much worse," he said.