Let Earth be the one who works for Mobilization … 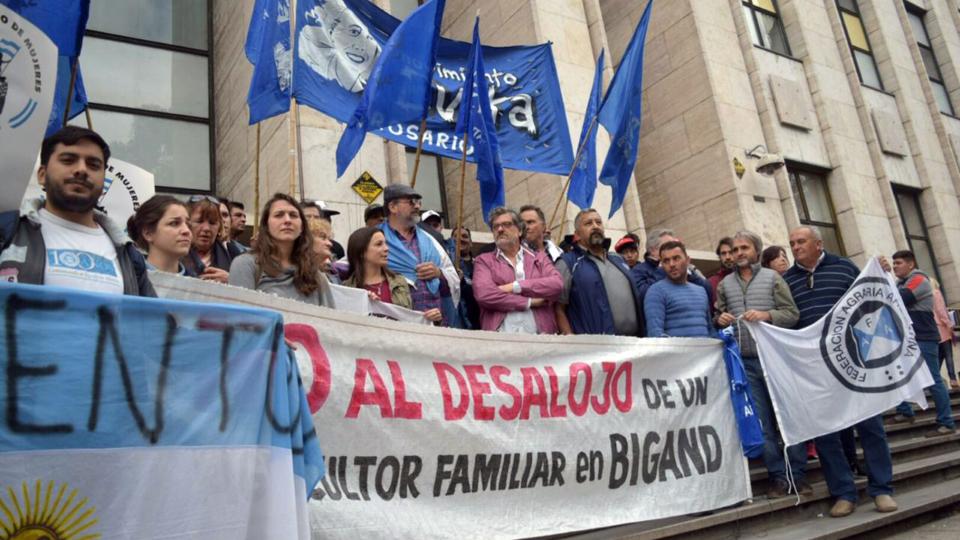 At the entrance to the courts, the Argentine agrarian federation and the social organizations it was claimed that the District Chambers of Rosario confirmed the first instance verdict and avoided the eviction of the Bigand Foundation on a land that has been working for three generations by the Marinucci family. "This fight is not just ours, and a number of families are involved in this situation – disaster is terrible – we worked and lived in that land a hundred years ago – we are the third generation," said Sandra Marinucci, Lucila Di Ponti's National Deputy, Evita Movement and Provincial Legislator Mercedes Meier, Social and Popular Front.

The 50 hectares of landowners in the southern part of Santa Fe demand that the Rosario servicemen confirm the Cañada de Gómez first instance decision, which until 2020 stopped the eviction. "The Bigand Foundation is the third daughter of the founder of the city, who has not left his offspring, and Buenos Aires's businessmen, lawyers and accountants who want to let us in and take all the money into Buenos Aires. There is nothing left in Santa Fe or in farmers," he said. woman "We want family farming to be a human face and not a tractor that will operate the whole earth." This trial is 12 years old, the last example being the sentence of eviction by February 2020 but we could not reach it because the foundation, which has a lot of money, with an appeal, we say that it is not a file number that we have a human face and want to continue working on the ground on which we grew up, "he added.

Pablo Paillole, Director of the Agrarian Association, said small farmers are "in a very complicated situation because there is no policy that differentiates small ones from the big ones, then the free market prevails, and the financial and economic capital advances to land are small. As a result, many leave the This is an emblematic case. We ask the Judicial Authority not to change the decision, but also to tell the provincial legislators, the national, the political authorities that the rules on small producers must be in place because the area is handled by few people, "he said.

On the general situation he said that "Macri (Mauricio)'s government did nothing". Today, when talking about detentions, the Marinucci family, which has 35 or 50 hectares, has the same burden on the company as it operates 150,000. To deepen neoliberal policy in this area. "