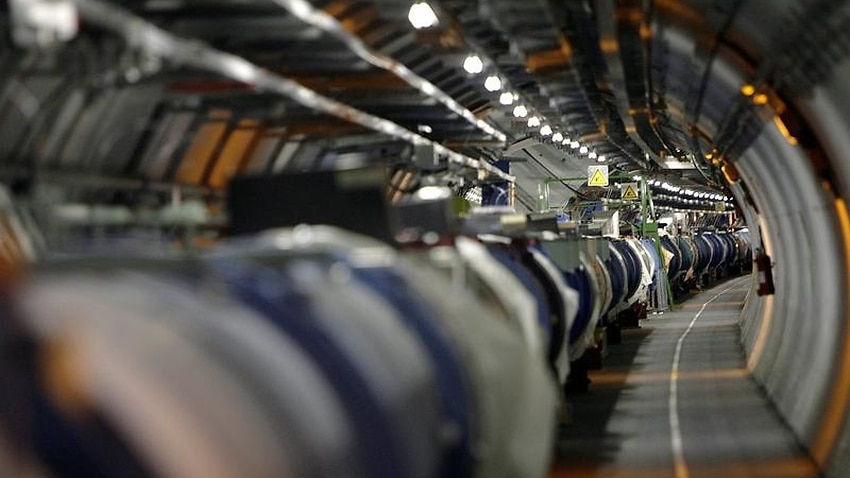 Scientists behind the world's largest atomic smasher have made their multilevel vision to build an even bigger one, in the hope of unloading even more secrets of the matter and the universe in the coming decades.

Officials at CERN, the European organization for Nuclear research, presented their study of a "Future Circular Calider" within a 100km circumferential tunnel that could start operating in 2040.

It would be located next to the current 27km of major Hadron colleague near Geneva, which is perhaps best known for helping the 2012 Subatomic Higgs Boson run.

Officials hope for a decision by CERN's 22 member states in the next few years about the project that will debut with an electron-POSITRON collider at an estimated cost of € 9 billion ($ A14.23 billion).

A second phase would include a supercontact proton car at the same tunnel, at a cost of about 15 billion euros. That car could start operation in the late 2050s.

The paper concept, five years in the making, aimed at prospects of "tantalizingly more powerful particle callers, which can inaugurate post-LHC era in high-energy physics," CERN said on its website.

Finally, the FCC would include a Superconducting Proton Accelerator ring with energy of up to 100 Terra Electron Volts, compared to a maximum 17 Tevron current converter.

CERN said it was not possible to say what the benefits of the new collar would be, but it was noted that the discovery of the electron in 1897 led to the electronics industry which is now contributing. There. $ 300 billion annually to the world economy.